Council Meeting 1st Tuesday of every month at 6:30 P.M.

Council Workshop 3rd Tuesday of every month at 6:30 P.M.

LOCATION CHANGE: Due to the renovation of Municipal Hall, council meetings will be held at the Montgomery County Intermediate Unit starting June 15, 2021.) 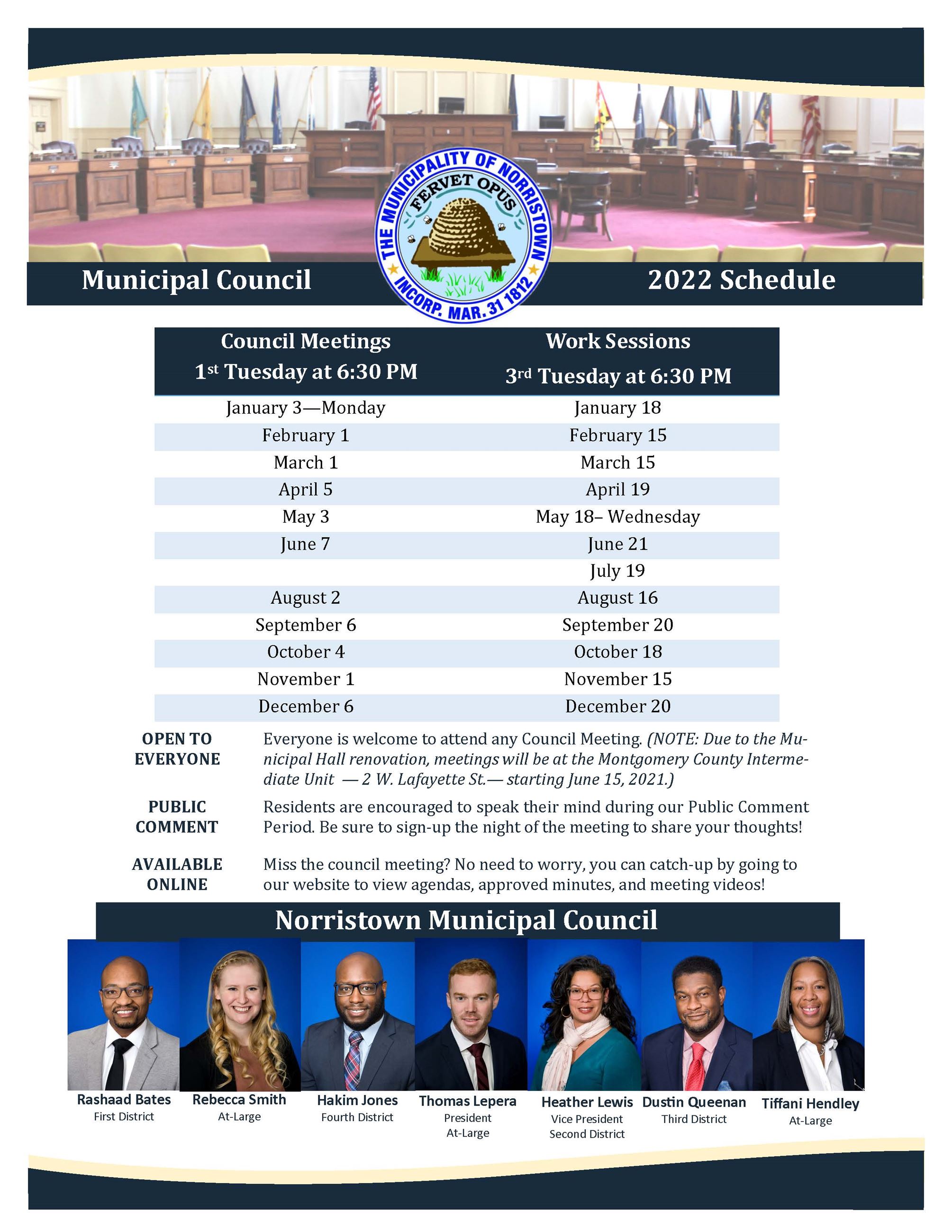 View Most Recent Agendas and Minutes

Norristown is governed by a Municipal Council which consists of seven officials elected by the residents of the Municipality.

On the first Monday of January in each year, the Municipal Council conducts a reorganization meeting where they elect a President and Vice President of Council. 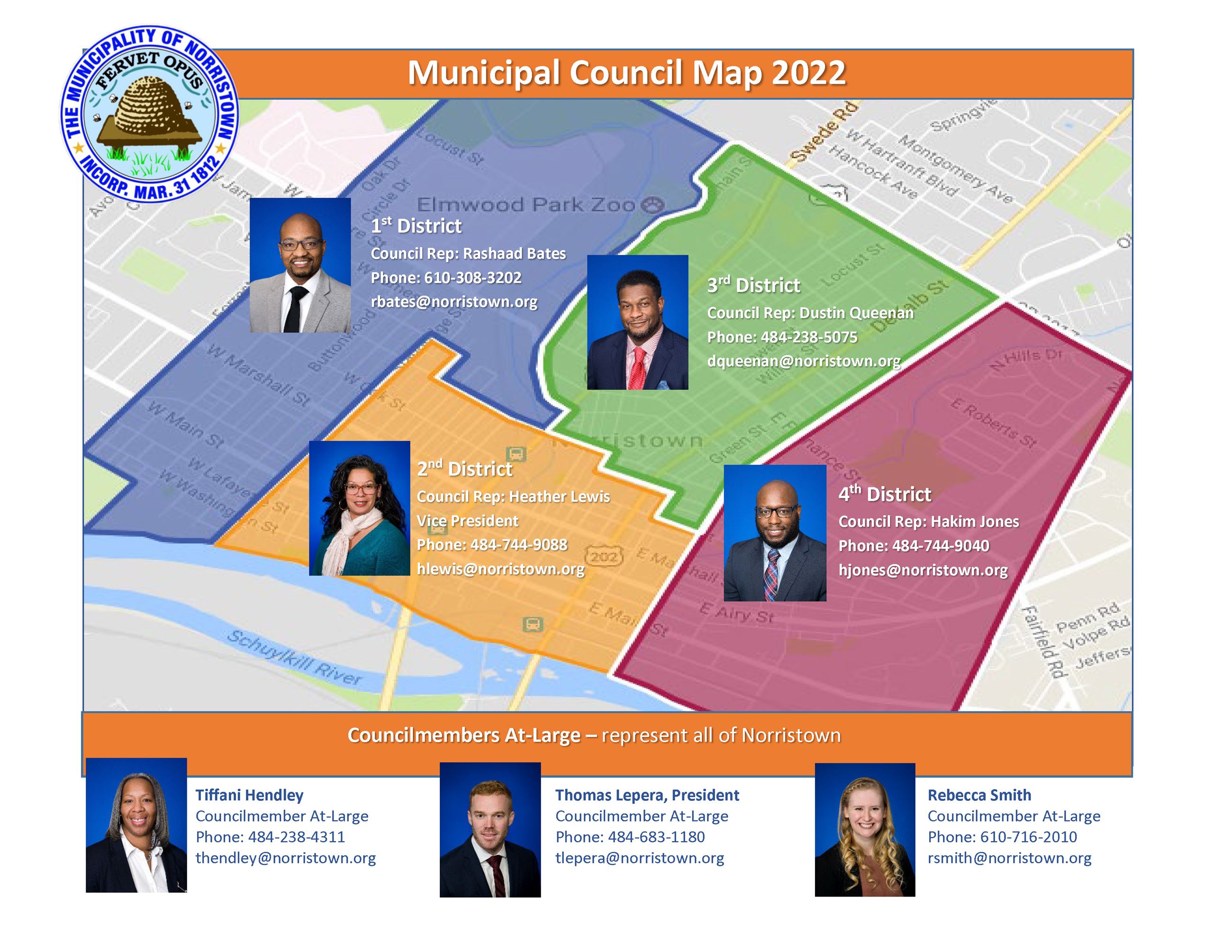